Two Cents From The Deep End Of The Pool 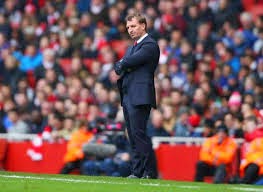 A review of the Liverpool match from the perspective of the opposition fan base.


Well, that was shit. The Reds played weak football in terribly important match. With respect to Arsenal who looked like a beast. I mean Alexis Sanchez’s strike, what more can I say? In the immortal words of legendary Chicago Sportscaster Harry Caray “Holy Cow!”. Liverpool Football on this day was not worthy of a top Four Premier League finish. Outclassed, missing pieces, injuries aside they failed to compete against a surging Arsenal side. How is Arsenal not still playing in the Champions League by the way? Gunners are in form and killing it right now! Face palm, shake my head, oh Liverpool for shame...
The Pools back four are desperate for someone to step up and solidify a wonky back line. Martin Skrtel was exactly that man. He is also exactly the same guy serving a three match ban during the most important stretch of the season. Begging the question, clowns? So pile misery upon misery. Emre Can go ahead and make a needles tackle from behind with a yellow on the books already, and get banned also. Funky butt loving dude! I’m interested to see who’s starting at D against Blackburn Wednesday.

The midfield just lacked the offensive spark. Coutinho was effectively shutdown by Arsenal, not allowed to cut in front and work some magic. Sterlings presence up front was underwhelming, albeit drawing a penalty. By that point the game seemed to be well in hand for the Gunnners. Also Raheem Sterling...relax, stay put, and play better football and you’ll get your damn money eventually k. Because if that was you proving you deserve a salary that would rival Djibouti’s GDP you failed bro. Sturridge Starts the second half. (Heavy sigh & shoulder shrugs) why didn’t he just start the game? C’mon B-Rod you’re better than that.

LFC better check themselves before they wreck themselves. I want blood against The Magpies. I want to crush them. Revenge must be had after that stinging loss. I look forward to a rematch in the FA Cup final, call me a glutton for punishment. A solitary piece of hardware for Stevie G in this his last season on Merseyside would be peachy.
In summation Liverpool played like arrrrrrgggghhhhhhhhhh.