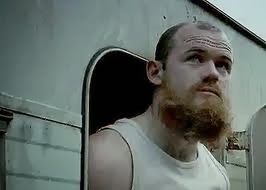 I'm not generally a fan of mind games in football, they usually make the talker look stupid and I'm a believer that you should do your talking on the field. But they still exist. Wenger usually executes them well and with a touch of subtlety about them too. Alex Ferguson was one of the best when it came to making comments to the media to try and put the opponent off their game before a big match. You even hear of players getting a word in to try and give themselves the leg up mentally before they face a rival.

Wayne Rooney is new to this particular tactic.
Poor little bastard got everything wrong when he put his fat, green foot in his mouth this week. His comments, when talking to the BBC about how we shouldn't back Arsenal to win the title yet, were;

“We’ve seen before that they’ve been in the top two in February or March and then faded away."

This. Is. Awesome. The fact that the BBC published this is quite unfortunate for the hideous ogre. I went ahead and looked at where we were around the midway point of the season (New Year) for the past five seasons and two things strike me as peculiar about the penis-headed morons comments. The first is that in none of the past 4 seasons were we in the top two at this point, and the second, most interestingly is that we were actually much more successful in the second half of each of those seasons, making up a place or two along the way.

'Faded Away' is not how I would describe Arsenal's end of season form in recent memory, in fact it's quite the opposite. If the Arsenal players read that then I'm afraid the balding knob's remarks may not have the desired effect. If anything I could see Sagna skipping around the cafeteria yelling, in his heavy French accent;

"Look, look! The funny fat man made another funny!"

Then Arteta walks over, trying to keep a straight face while Bacery reads him the quote. He calls Tomas over and by the end of lunch the whole team are pissing themselves laughing.

If you're a professional football player, these comments by a mentally inferior player would and should have you in the mood to shove those words so far down his gob that they come out his arse. And the only way to do that is by playing them off their own park this coming Sunday.

The last time we got 3 points at Old Trafford was in September, 2006. Some lanky idiot named Adebayor scored the only goal of the game for us that time around. This time, 7 years later it's our best chance to beat them at their place in a long, long time. Everything is going our way lately and very little seems to be going theirs.

I think our problem, and most other teams' problem with going there in the past has been the intimidation factor, and the clear sense that teams were 'scared' to go and play their game there. This year they should be the ones scared. With our current run of form and the chemistry between our players recently they should, quite frankly, be shitting themselves. A win for them would close the gap to 5 points between us. A win for us would put 11 points between Arsenal and the second best Manchester team. Not mentioning possibly extending our 5 point gap at the top of the Premiership. Not a bad incentive.

Two convincing and special wins so far this week sets things up nicely, so we should be expecting an enjoyable match. I really do hope Rooney starts so he can be partly responsibly for seeing his team fail. But if I was Moyes I'd bench him and tell him to shut his disgusting mouth in future.

Ramsey to score 5 in a 9-1 thriller; 2 goals from 40 yards out, one of each knee and a deflected volley that goes in off Rooney's face.